Have you ever heard of plastination? Somehow, I’d missed it. In the 1970s Gunther von Hagen of Heidelberg invented a process that preserves a corpse by flaying it, freezing it, soaking it in acetone, impregnating it with silicone. There have been religious objections to the procedure, but apparently, it’s become popular, and von Hagen’s Institute of Plasticity is thriving. It reminds me of Madame Tussaud’s wax museum. Both are creations that inspire a morbid curiosity. In a recent essay in The Chronicle Review entitled “A Healthy Mania for the Macabre,” Stephen T. Asma suggests that we live in an age where morbid curiosity is becoming more important. Some cultural pundits think it’s because our culture is so concerned to ignore death and its inevitability. I may have suggested the same thing in one or more earlier posts. But I think morbid curiosity may be more interesting than that.

Several years ago when I started this blog I put up a blogroll featuring some of the most impressive websites I’d looked at. One of those was Morbid Anatomy run by Joanna Ebenstein, an artist and curator in New York who “sees morbid display as part of a nostalgic and almost reverential aesthetic….  My working theory on this idea [the morbid display] is that artifacts that flicker on the edges of death and beauty–or any other categories that seem to be in binary opposition–create a certain frisson, an ontological confusion. I think for some people this confusion and flicker creates pleasure, for others anxiety, and for some, an enjoyable mixture of the two. I definitely find that frisson very exciting.” It’s very much worth looking at her work on Morbid Anatomy.

I could do the same–take some pictures I mean. The Currier’s General Store in Glover, Vermont is haunted by a host of wild animals, all of them stuffed, many of them in the act of  eating or trying to eat others. Birds of prey hover around the frozen foods. 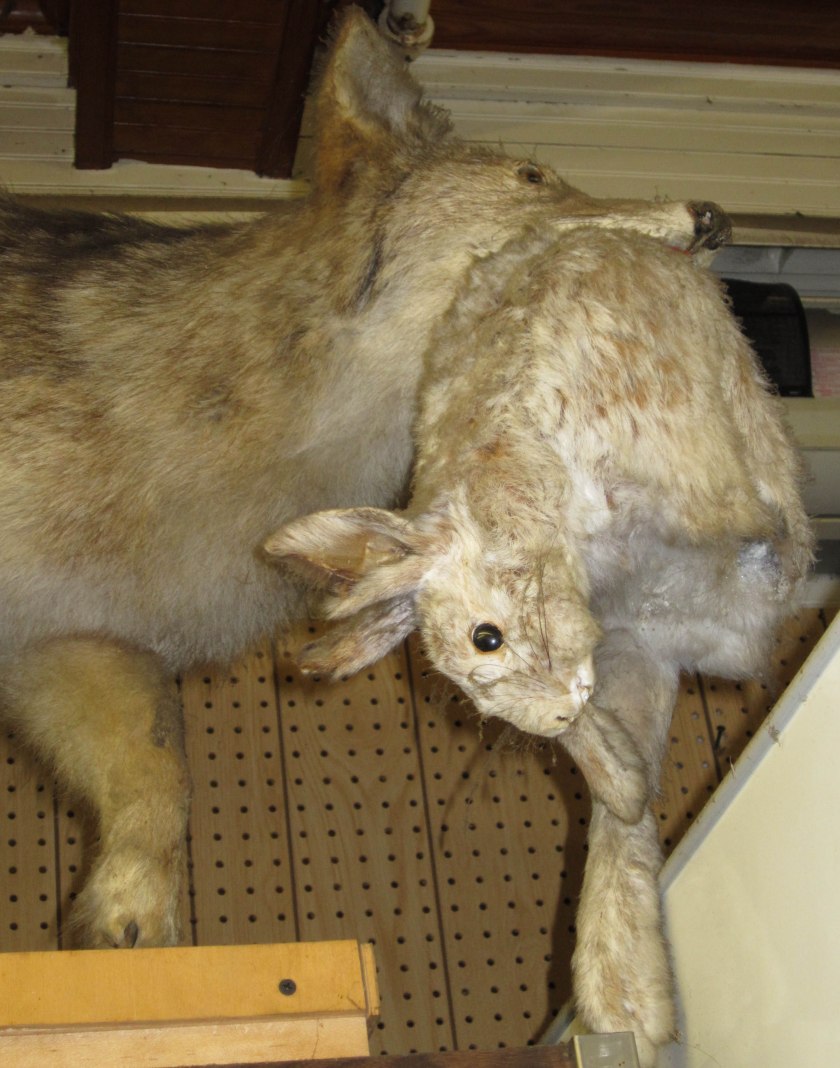 Most graveyards have at least one monument that’s disconcerting, edgy, funny. The other day I overheard a funeral director describing the funeral of a man who’d died in a motorcycle accident. His friends and family asked permission to bury the motorcycle; they placed the dead rider’s ashes in a box on the seat, and rocked the bike gently to and fro to send him on his last ride.

My morbid curiosity feels like something critical. As I get closer to the end of life, I’m more and more curious–perhaps desperately curious–about death. I want to look at it in a variety of different contexts. I want to throw ideas, images, anything and everything at it and see what happens. Will it look different? Will I be surprised? Will it make more sense? Or less?

One thought on “Morbid Curiosity”